Coyote is a subscription based speed camera alert service used by over 1.7 million people in Europe. It uses crowd sourced information from other Coyote users to warn drivers against fixed and mobile speed traps. Coyote goes beyond other traffic focused apps by giving subscribers additional services, such as indicating when your vehicle enters an average speed zone allowing you to make real time speed adjustments by calculating your average speed in the area.

As with all crowd sourced based applications the larger the user base, the more likely the information will be accurate, timely and beneficial to the end user. This is where Coyote’s user based of 1.7 million customers certainly provides a leg up to other systems and is a product worth considering for customers in the 28 European countries the service is offered.  The cost of the Mini Coyote V2 device in the UK for example, including a 12 month subscription is £185.00 (including VAT).

The proliferation of these types of smart phone applications, or purpose built devices, does beg the question as to whether they ultimately provide safer roads, or simply allow people break the law?

On the one hand by knowing the specific location of a speed trap the majority of drivers will slow down, which is the intended purpose of the trap in the first place.  On the other hand, drivers may simply take another route and continue to drive above the speed limit, or in an aggressive manner.

Whichever side of the debate you fall on, technology will continue to be used to notify drivers of speed trap locations and police forces and governments will continue adjust their tactics as a result.

Whether you’ve had too much to drink at the bar and need to sleep it off in your car, or you’re not quite comfortable yet sleeping in a tent on those family camping trips you’re in luck.  Now you can get an inflatable air mattress for the back seat of your car.  It lays out over the back seat filling in the leg space providing one with a fairly level sleeping surface.

Fills in the rear legroom space

The wholesale cost is approximately $20 USD for a 500 unit order.  The retail cost has yet to be determined.

We’ll file this under ‘things you never know you needed until you saw it’.

If any RedlineNorth reader get their hands on one send us a review!

Does anyone remember the Lada Niva 4×4?

Well, I sure do since it feels like it was yesterday I was 12 and in the family Oldsmobile heading to the dealer to test drive one with my father.  I’m still not 100% sure but I think I got my Dad curious to go for the test drive by explaining the amazing price point and reinforcing my argument by saying the Niva was a modern day International Scout with a cold war twist. As my Dad was a travelling salesman who leased a different car every two years I did my best to influence what car/vehicle would be brought home and this time I was focused on getting Dad interested in the little Niva.

A well used Niva in the Soviet motherland

During the test drive on a Southwestern Ontario back road, I remember thinking how awesome the Lada 4×4 was and how it would be “perfect” for our family. Unfortunately, while I was thinking that, my father was nowhere near as impressed and was down right shocked with the unbelievably low level of quality from the Soviet automaker. In fact, I do remember the interior looking a bit like a Sputnik spacecraft so I know he was not way off base. Suffice it to say, Dad and I did not drive home from the dealer that day in a new Lada. Nevertheless, the impression was not lost on me and since then I have always had a bit of a soft spot for the infamous Niva 4×4.

The Niva was built by Soviet/Russian automaker AvtoVAZ,  which brands all their vehicles under the Lada brand. According to Wikipedia, the Niva was originally described by designers as a Renault 5 put on a Land Rover chassis.  It was AvtoVAZ‘s first non-Fiat based model. However, much of the vehicle’s mechanicals were carried over from the Fiat based Lada models, except for the body, four-wheel drive system, and front suspension which were specifically designed by Lada. Production of the Niva began in 1977 and continued for 34 years as the last Niva just rolled off the production line in September 2012.  Quite a successful run for the little gutsy 4×4 from the land of the iron curtain.

In terms of engineering highlights, the Niva was one of the first mass production off-road vehicles to feature a unibody architecture with an independent front suspension of which most of today’s crossover/SUVs follow as their suspension set-up. 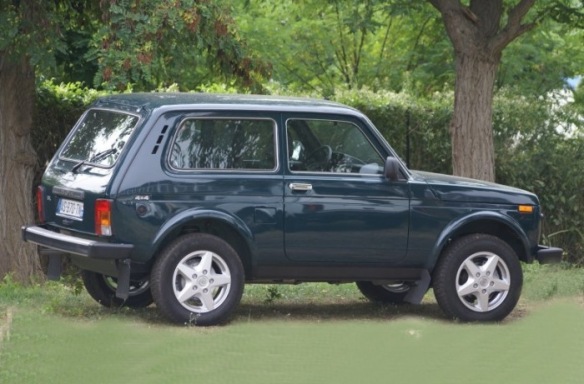 The Niva’s standard powerplant includes a 1.6-liter overhead cam, four cylinder, gas engine producing 72 hp and 93 lb·ft of torque, matted to a four or five speed manual transmission, and full-time four-wheel drive. A 1.7-litre gas engine was introduced later in production, as well as a single-point fuel injection supplied initially by General Motors.  Since 2004, a multi-point fuel injection system designed by Bosch was also used and in some markets a 1.9L Peugeot XUD diesel powered powerplant was available as well.

The four-wheel drive system employs three differentials (centre, front and rear), similar to the manual transmission of the Toyota FJ Cruiser. With the Niva, the transfer case consists of a high/low range selector lever and a central differential lock lever while low range can be selected with the centre differential locked or unlocked.

Apparently, President Putin is a fan too as seen in this 2009 pic of his heavily modified model including lift kit, camo paint scheme, winch, lights, brush bar and snorkel exhaust.

Although the Lada Niva 4×4 never won too many production quality awards it remains a very unique and interesting vehicle and it certainly captured the heart of one Canadian 12 year old boy many years ago. Earlier this month, Lada announced it intends to replace the Niva with the below XRAY concept car.

So who knows, maybe the new version can capture the hearts of the next generation. Only time will tell.

Check out this amazing video shot at a Hyundai Motor Group Exhibition Pavilion in South Korea. The installation uses thousands of cubes that are synchronized to move in and out, giving the illusion of motion. The example of the car driving away is quite incredible. Although not developed expressly for this purpose, it’s one pretty cool form of advertising for Hyundai.

You can learn more about how it is done here.

On an absolutely beautiful Sunday in September, Team RedlineNorth headed back to Gopher Dunes in Courtland, Ontario for their Fall Mudfest event.  Having attended several times now, we knew what to expect and it lived up to the hype once again.  It really is something you have to experience in person to fully “get”.  At this season’s event, there were three large mud bogs for those ambitious folks as well as some amazing trails for the more conservative 4×4 enthusiasts.

We have attempted to capture the essence of these grassroots mud buggies. 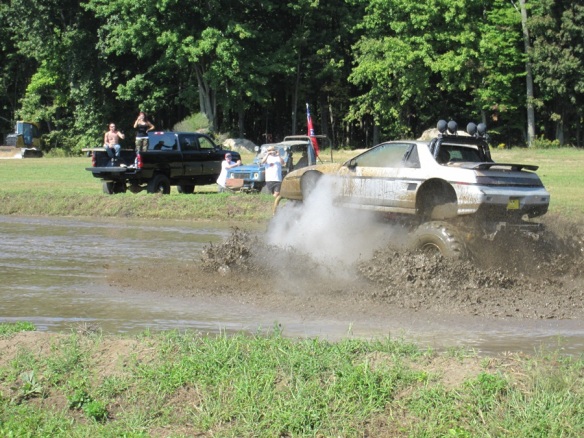 Hitting the trails in the woods section 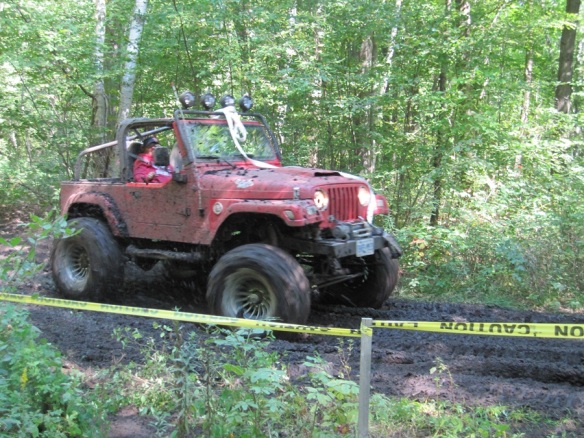 For more information about Mudfest, be sure to check out the Gopher Dunes fanpage on Facebook.

A YouTube video was uploaded last week of a guy who received a $137 traffic ticket which he felt was a money grab. In order to vent his frustration (and presumably to bring some levity to the situation) he decided to pay his ticket in cash. It was paid in 137 $1 bills to be exact and these bills were painstakingly folded into origami pigs and placed into two donut boxes before being presented at the local municipal office.

As is shown in the video the clerk at the desk clearly wasn’t impressed with the prospect of having to unfold all the bills and in the end he had to undo all of his work, which look liked it took hours to create. To each his own….

The following is a close of up of the bills. 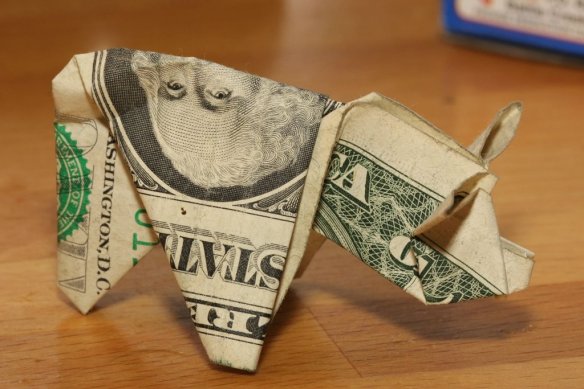 Team RedlineNorth recently had the opportunity to attend a classic car cruise night in the Walmart parking lot in Midland, Ontario.  Organized by the Midland chapter of the Back Alley Cruisers car club, this Sunday night event brings out a very unique assortment of classic cars from Midland and surrounding area. For a car enthusiast, there’s no better way to spend a Sunday night in the summer. 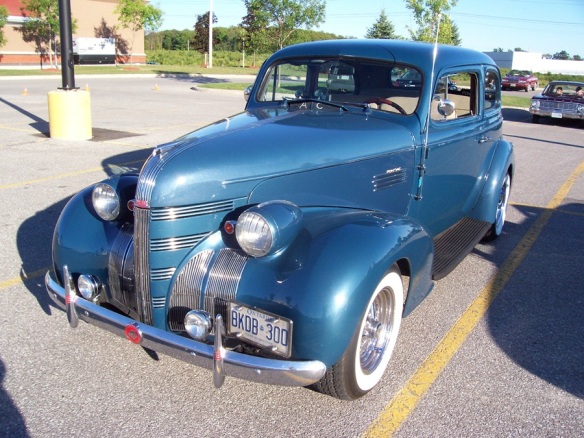 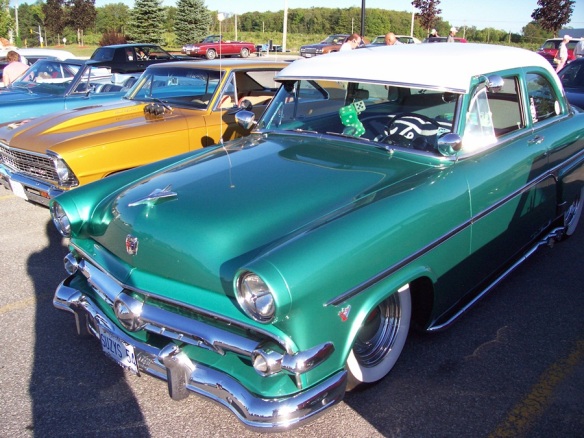 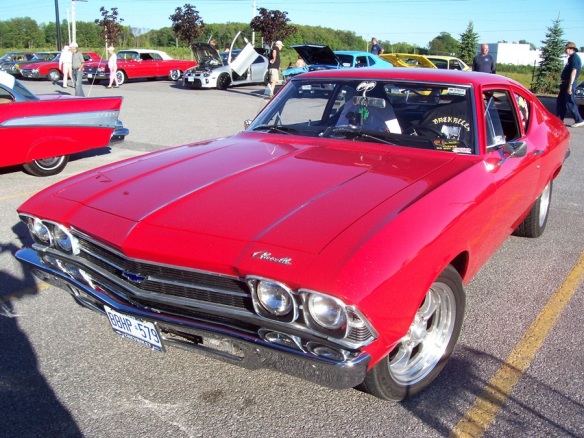 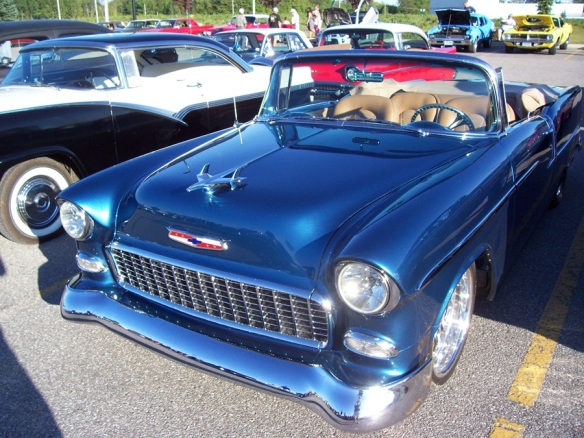 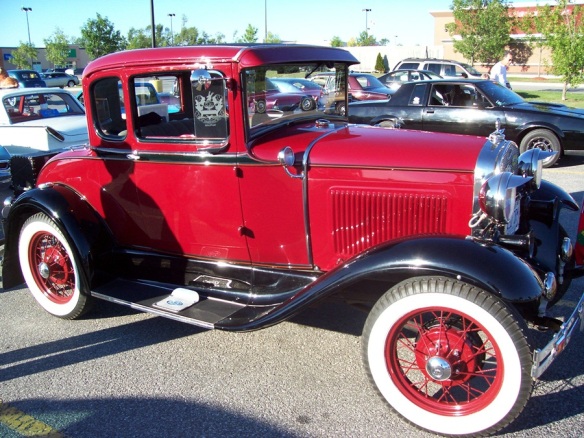 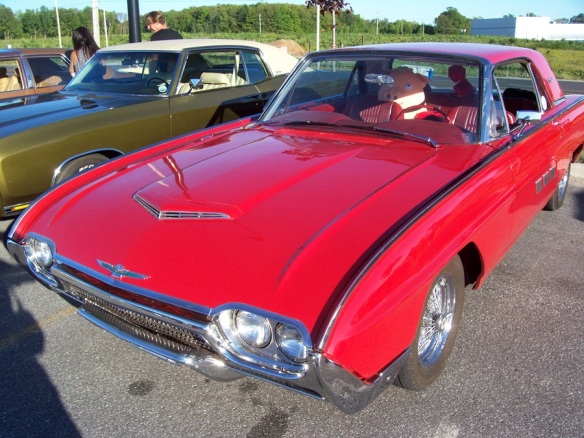 With only a few weeks left make sure you get out there and attend your local car event before it all ends for winter.

What do you do when you have sold your car dealership and are about to retire, but want to thank your staff?  If you are 83 year old Howard Cooper from Howard Cooper Import Center in Ann Arbor Michigan you give your employee’s $1,000 for each year of their service with the company.

The dealership which opened in 1965 selling Volkswagens had 89 employees before it was sold to a motor company based in Ohio in April. However, Cooper only recently surprised employees with their bonus cheques.  At least one employee had been with the company 46 years and another for 26 years, although the total amount of money dispersed was not revealed.

Part of the sales agreement for the dealership was the retention of the employees so not only are the employees getting a bonus they are keeping their jobs as well.

On Sunday, August 26, 2012, Team RedlineNorth had the opportunity to participate in the Ewing’s Cancer Foundation of Canada 3rd Annual Fundraiser for Ewing’s Sarcoma Cancer Research. The Rally for the Cure is a unique charity event that incorporates both cars and planes in a truly one-of-a-kind experience.  The event is comprised of a treasure hunt theme, followed by a M&M BBQ and silent auction with featured entertainment provided by the Emma Street Band.

An excellent assortment of cool autos from old to new took part as participants arrived in everything from daily grocery getters to some of the most refined sports cars money can buy. 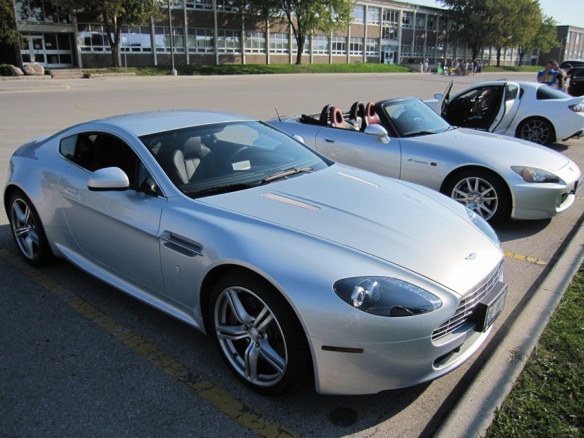 The event venue of Toronto’s Buttonville airport’s Hangar 17A provided an exotic back drop for these high-end machines. 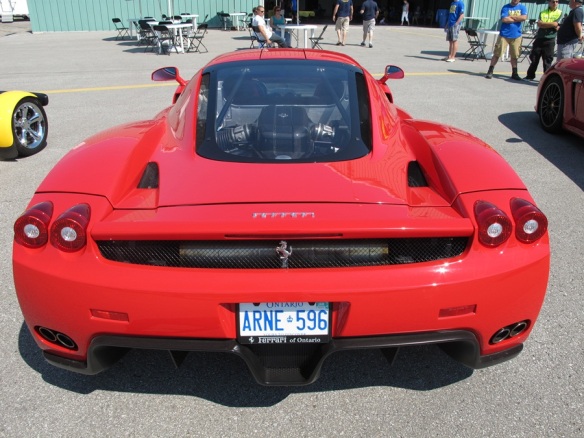 As first time participants, Team RedlineNorth exceeded expectations by finishing 2nd place in the car group making the day a truly memorable and rewarding experience. We certainly aim to participate next year and hope to bring some more teams of our local auto friends along with us.

Make sure you cross off the date in your calendar for 2013 as there is no better way to spend a Sunday and it’s all for an amazing cause.  Together, we can find a cure!

The ultimate global marquee in auto sports is the Formula One series and this past July, F1 Chief Bernie Ecclestone confirmed that New Jersey will be on the 2013 Grand Prix schedule.

Coined the Grand Prix of America, it will be a new Formula One World Championship race taking place in June 2013 and beyond. The race will be held on a yet-to-be-constructed 3.2-mile street circuit through the New Jersey towns of West New York and Weehawken, along the Weehawken Port Imperial. The circuit offers the New York City skyline as a panoramic backdrop.

In celebration of this announcement Red Bull Racing’s show car recently starred in an amazing video where former F1 driver David Coulthard pilots the 2011 Championship-winning RB7 through Liberty State Park showing off the spectacular views of the New York City skyline and the Statue of Liberty.  We will let the video do the talking from here.