Automobile Dacia S.A is a Romanian based car manufacturer, named after the historic region that makes up much of present-day Romania.

Founded in 1966, the Automobile Dacia company was created under the Romanian name Uzina de Autoturisme Pitești (UAP). Its main factory was constructed in 1968, in Colibaşi (now called Mioveni), near Piteşti, Romania. The company began through the acquisition of the basic tooling and designs for the Renault 12. However, until the tooling was fully completed the company decided to produce the Renault 8 model which  became known as the Dacia 1100 as seen below.

From 1968 to 1972, some 44,000 of the Dacia 1100 were produced and the design did not change aside from some slight modifications to the front end coming in 1970. Also produced during this time in limited numbers was the 1100S model, which included twin headlamps and a more powerful engine. It was primarily used by Eastern European police forces and  local racing and rally enthusiasts.

A Dacia during tougher times.

Although Eastern Europe has had many recent ups and downs economically, Dacia remains the number one export product from Romania with 10% of the nation’s total exports. The company is now a subsidiary of French automaker Renault and currently makes a variety of high quality cars and trucks which are sold throughout Europe for use by both industry and private enterprise. For more information check out their full line up here.

One the most interesting models from Dacia is the Duster. The Dacia Duster has been used as a platform for rally cars in Europe over the years. Here are some pics of the current rally ready Duster models. 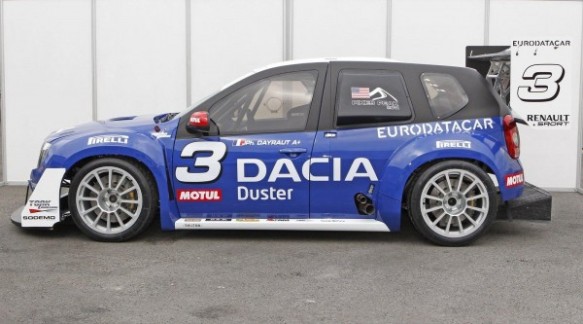 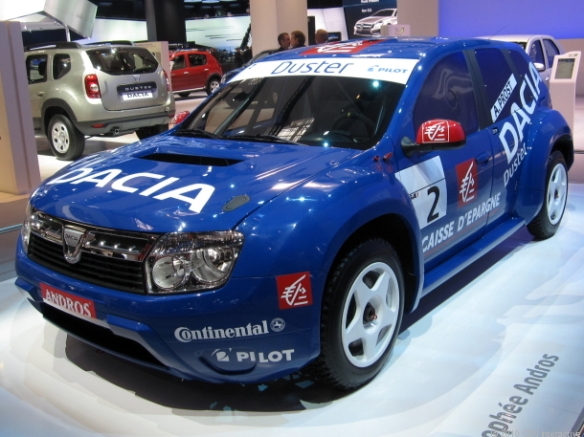 Many people may also be aware of the Dacia Sandero gag from the UK’s Top Gear TV show. Top Gear has had a running gag for years now at the expense of Dacia.  After Dacia sent the show a press kit during season 11 about the new Sandero, presenter James May would say “Good News!” about the Sandero, while Jeremy Clarkson would say “Great!” and then immediately change the subject. Here’s a clip of the infamous gag in action.