After a recent encounter with a deer in West Virginia left our beloved Ford Escape a write-off, it was time to go SUV shopping.

My wife and I looked at different models including the Honda Pilot, Jeep Grand Cherokee, Ford Explorer and Nissan Pathfinder and decided on a low mileage 2014 Pathfinder SL model.  It had all the features we wanted, the price was right and a good friend of mine also had one that he was very happy with.  Now of course in parallel, I had spent countless hours researching the Pathfinder (anyone that knows me understands this is not a chore for me) and was aware of a class action lawsuit in the US focused on the CVT transmission.  However, that did not dissuade me – I thought it was still small numbers that were affected, we liked the way the car drove, the price was right and Nissan has always made great products.

Well, everything was great for the first seven weeks of owning the Pathfinder until this happened… 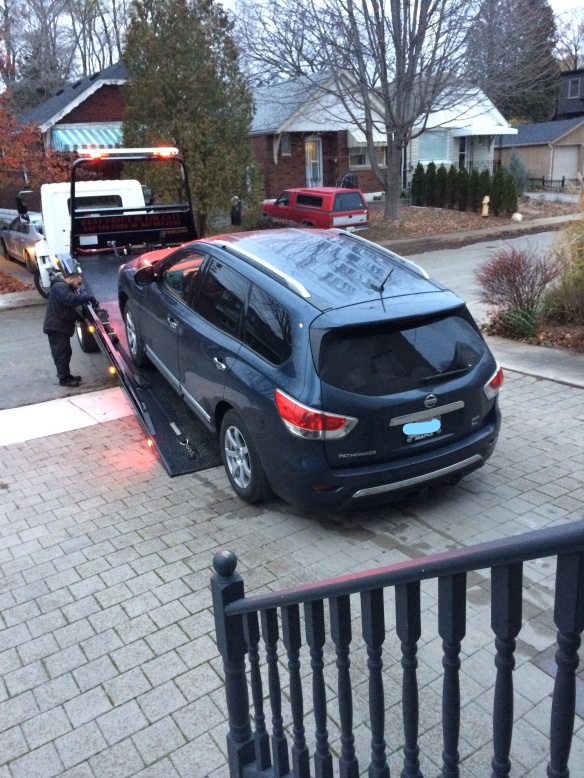 That’s right…our new ride was being towed away by Nissan Roadside Assistance only seven weeks after we bought it.

We had it taken to Maple Nissan where we purchased the car. The team there was great and stepped up to fix the issue right away. One week later we were back on our way with a new transmission installed. 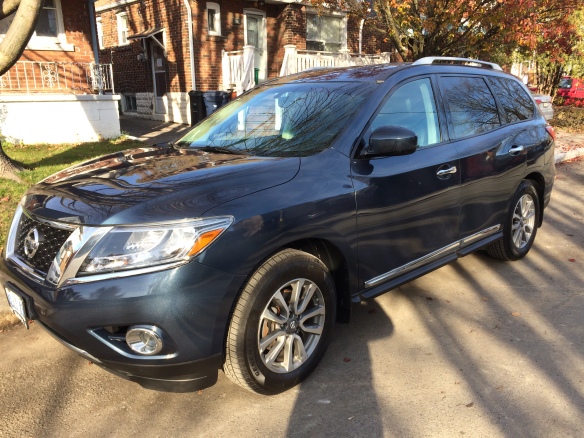 The CVT (continuously variable transmission) has been a bit of a negative word over the years with the world of mechanics, but the technology has seen significant improvements recently. Today, many manufacturers are using this type of technology in a broad range of vehicle models.

Designed primarily to enhance fuel efficiency, the CVT is an automatic transmission that can seamlessly change through a continuous range of gears.  As a car guy, I had always been slightly weary of them because there has been negative press citing an increase in cabin noise, unnatural driving feel and originally they were not designed for towing.

Our whole experience does make you a bit nervous about the long-term ownership costs, especially after reading numerous horror stories about multiple CVT failure. Nevertheless, I’m continuing to stay positive. I suppose it is not a bad thing to get a new transmission at 53,000 KMs if you plan to keep your vehicle for the long-haul.