One company widely known among collectors and car enthusiasts is UK based Noble Automotive.  Established in 2001, with the release of its acclaimed M12 model which received high praise from the international motoring press for its incredible ride, precise handling and impressive power. 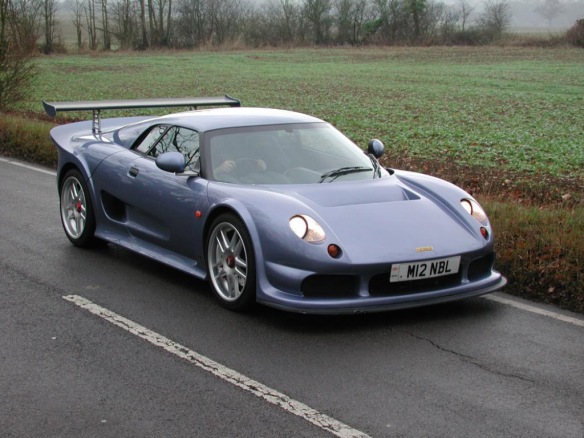 The Noble M12 is a two-door, two-seat model, originally planned both as a coupe and as a convertible.  All M12s were powered by a twin turbocharged version of the 3.0L Ford Duratec V6 engine (Yes same block as in my 2008 Ford Escape who knew?). Of course the engine is totally rebuilt and tuned to a max power of 425 hp at 6500 rpm, with 390 lb·ft of torque at 5000 rpm. Along with forged pistons, an oil cooler, a larger baffled oil sump and extra cooling ducts used to maintain its durability at high rpms. As for the body construction, the M12 has a full steel roll cage, steel frame, and fiberglass composite clam shell body parts.

These famed “Ferrari killers” are extremely lightweight and stiff and although developed more for the track, the M12 performs very well on both road and track. This is largely achieved by having no anti-roll bars on the car which enables the suspension to be stiff yet comfortable. Check out a UK based review of the model from back in the day.

In 2006 the company was sold to Peter Dyson, a successful business entrepreneur and collector of exotic cars. As an M12 owner and a huge admirer of both Noble Automotive and the M12’s attributes he had a vision for the company.  He felt the cars in his collection that gave him the most joy and rewarding driving experience, tended to be the “earlier” models, none of which featured computer assistance. The current supercar offerings of that day just did not reward the driver in quite the same way. So his idea was to produce a modern supercar that replicated this “analogue” inspired driving style of computer technology “purity”.

This challenge led to the development and launch in 2010 of the Noble M600 supercar. Handbuilt in Leicestershire, England, the Noble M600 is constructed from stainless steel and carbon fibre and uses a twin turbocharged Volvo V8. 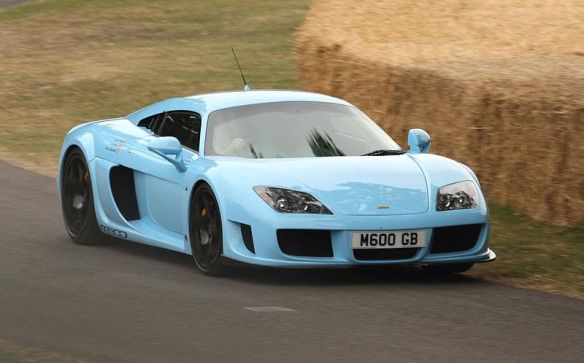 Although the M600 uses the Volvo V8 powerplant from the Volvo XC90 and S80 models, its V8 includes twin Garrett turbochargers that increase the horsepower to supercar levels. Another very unique technical feature is the prescence of a military style switch taken from the British Tornado jet fighter.  The switch is used to provide choice for the driver between the three performace settings including a 450 hp road setting, a 550 hp track setting or an outrageous 650 hp race setting.

The combination of immense power and lack of an ABS braking system as per Peter Dyson’s vision of building a “pure” supercar, the M600 does make the cause for owners to be skilled drivers. Neverthless, from all real-life accounts, the M600 is quite easy to drive at low speeds around town.

Of course this type of power and technology does not come cheap which is evident with the M600’s current sticker price of £200,000 in the UK or $330,000 in the United States.  In addition, with production numbers of 50 per year you may still have to wait a while to get one even if you have the money.  Oh dear, the difficulities and hardship of being part of the 0.01%…..

The Noble M600 performance numbers are 100% supercar legit and having one of these cars will make you the envy of any auto enthusiast.

Here are the track numbers broken down:

Enough of the chatter now, as to fully appreciate the M600 you must experience it on a track so go ahead and watch Top Gear’s Jeremy Clarkson video review from a few years back.

If we were fortunate enough to have a supercar budget this would be at the top of our list for sure.