We usually try and avoid covering the auto news you may get other places but this story was just too interesting to pass up.  Six years ago, Ford was low on money and even lower on time and to save the ailing company, Henry Ford’s great-grandson, Bill Ford Jr. did the unthinkable – sign away the family name including all its factories, trademarks like Mustang and F-150 and its iconic logo as collateral to secure a $23.5 billion loan.

At the time, many insiders referred to this experience as similar to how bad things must be when you have to pawn your wedding ring. However, there is a silver lining to this story since the loan, which came from a syndicate of banks and provided the lifeline enabling Ford to sustain more than $30 billion in losses from 2006 to 2008 is now almost gone. As of April 24, 2012, Ford has now paid off $21 billion of the $23 billion and over the past three years, the company has made $29 billion and can finally see the end of the light of this difficult period.  At the current rate it will not be long before the Ford Motor company gets all its major assets back including its blue oval logo that was put up for collateral back in 2006.

I wonder what Henry Ford would say about all this?

Quick history of the Logo – 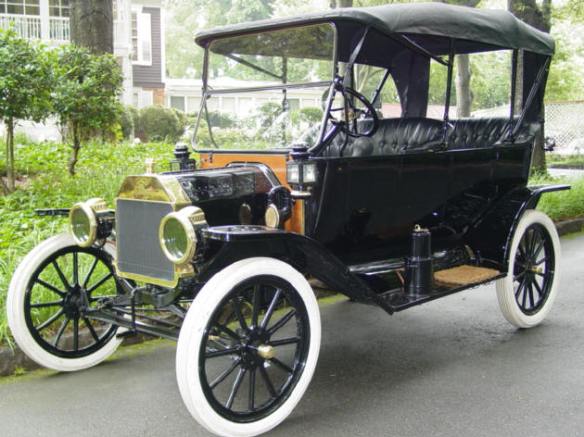