Initially introduced at the Tokyo Motor show, the 2015 Nissan GT-R Nismo, was re-launched to the North American public at this week’s LA Auto Show. 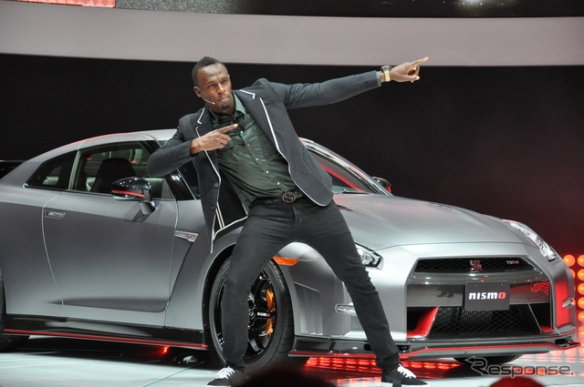 Leveraging the world’s fastest man, Usian Bolt as pitchman of their premiere sports car model is a smart move by Nissan as this 600 HP monster is one of the fastest production vehicles ever made. With an incredible 0-60 mph (96 km/h) time of in the two seconds range it’s faster than pretty much anything on the road including a Porsche 911 Turbo or a Ferrari 458 Speciale. This thing is not for the faint of heart that’s for sure. 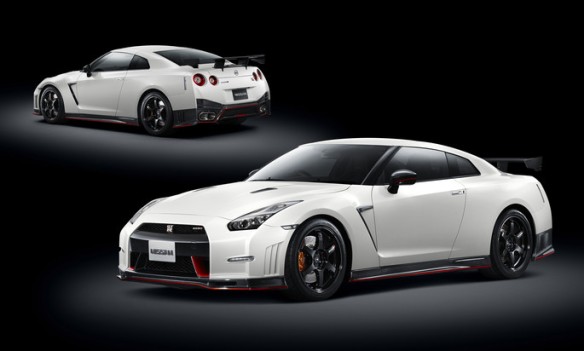 It’s other major claim is equally amazing as it recently achieved the fastest lap time of any production car on Germany’s Nordschleife track as it broke the 7 minute and 10 second record.  Check out the video as proof that Nissan means business with its Nismo series.

The Nissan GT-R Nismo will land in Canada and US middle to late next year and although North American pricing won’t be released until much closer to its availability here the Japanese car starts at 15,015,000 yen, which works out to around $150,000 USD depending on exchange rates. Yes, we know that is a lot of money for a car but seriously, as one of the fastest cars ever mass produced we think the Nissan GT-R Nismo is actually a bargain compared to its competition.

Subaru’s parent company Fuji Heavy Industries has announced it will introduce a new sports tourer “LEVORG” (prototype) at the upcoming Tokyo Motor Show. The LEVORG features a very stylish design with a sports car feel.  According to the official press release, the name is a combination of the words “Legacy,” “Revolution” and “Touring”.

Designed to combine the feel of a sports car with the practicality of a touring car, the Levorg will be the first concept previewed from Subaru of its performance focused wagons. The specs are as follows – 1.6-liter turbocharged boxer four-cylinder and next-generation EyeSight technologies in what looks to be a sexy and strong package.