Now that the North American International Auto Show is over for another year, RedlineNorth takes a look back at the highlights of this year’s show, identifies some trends as well as personal favourites.

Over 800,000 people visited the NAIAS this year, an eleven year high. Along with the 5,169 journalists in attendance and an estimated $365 million it brought to the local economy it’s fair to say Detroit is back! 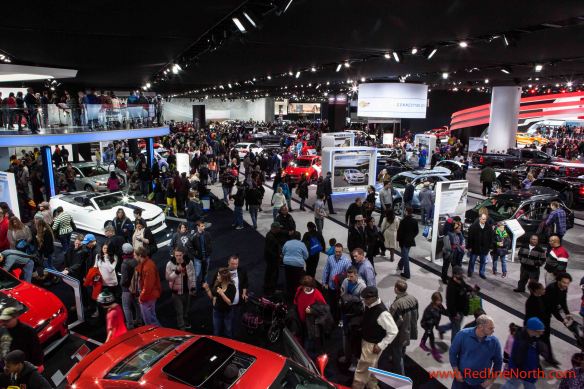 Plug-in Electric Vehicles were more prevalent at this year’s show, from the newly released BMW i3 (available as both a pure electric and with a back-up gasoline engine) to the plug-in version of the Porsche Panamera to the Cadillac ELR, the availability of plug-in vehicles across manufacturers as well as product lines is visibly increasing. From zero electric vehicles being available in the market only five short years ago, to upwards of twenty different models in 2014, consumers are the big winner here in terms of choice. The real challenge going forward is for manufacturers to offer an affordable plug-in SUV/CUV. Mitsubishi may be first out the gate in North America with its plug-in hybrid electric Outlander. 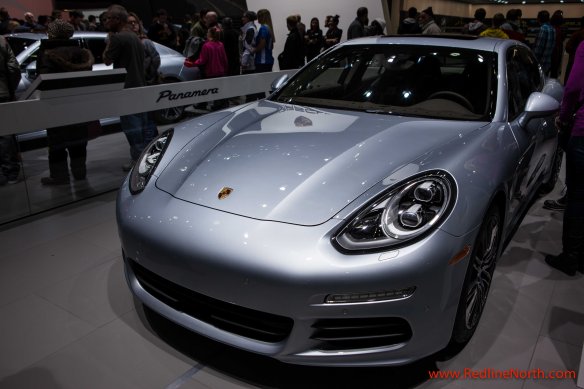 The next significant wave of technology to hit showrooms beyond electric drivetrains is likely to be the autonomous, or self driving vehicle.  This technology can fit well with electric vehicles and at the show Nissan had on display a right hand drive Leaf fitted with autonomous vehicle technology, along with a video showing the self driving vehicle in action on the streets in Japan. While we don’t expect to see fully autonomous vehicles to hit showrooms within the next five years, its encouraging to see the realm of the possible being stretched by the OEMs.

Overall, OEMs are on the whole offering a number of models with significant fuel economy savings from currently available electric vehicles to fuel cell concept vehicles as well as weight saving technologies such as Ford’s new aluminum body for its F150, shown below incognito when it was run in the Baja 1000. 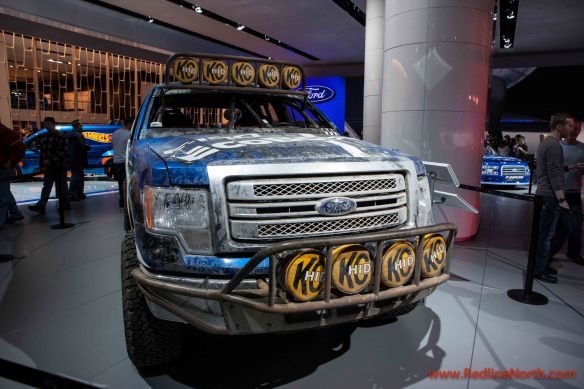 There were a number of North American and World debuts at the show this year including the 2015 WRX STI from Subaru (shown below).  With a 305 hp turbocharged engine, 67% faster steering response, and matted to a 6 speed manual gear box this car is a rocket. It’s also nice to see Subaru reverting back to the more classic sedan style STI.

There was plenty of eye candy on display in Detroit this year – we’re referring to the cars of course – from the Chevrolet Corvette Z06 to the Lexus RC F and the Dodge SRT Viper (shown below), raw power in the form of performance cars stole the show.

One of the star’s of the show was this beautiful Porsche 918 Spyder, which unfortunately was displayed behind glass so we could not get up and close.  However, another darling of the show was the new 911 Targa which incorporates all the elegance of the 1970s Targa model with the latest Porsche technology and design.

Finally it wouldn’t be an auto show without some concept vehicles including this one from Nissan.   The square front end of this concept reminded us of BMW styling cues from the 1980s.

Overall, this year’s North American International Auto Show had something for everyone, which judging by the surge in the number of visitors this year, resonated well with the general public.  It’s always a pleasure visiting the NAIAS, especially given the hospitality of the host city of Detroit. Despite is tenuous financial footing, Detroit is on its way back.  It’s down, but definitely not out.  RedlineNorth is already looking forward to 2015.