On a glorious Sunday in August, Team RedlineNorth headed to a very unique car show we never have actually attended before in person. This year’s Z Fest event took place at the Canadian Heritage War Museum located beside Hamilton’s International Airport which played the part of an excellent backdrop. Since after walking through the hangar filled with some of the most famous warplanes ever built you soon entered rows and rows of restored Nissans parked and shining on the tarmac.

Organized by members of the Ontario Z-Cars Association, Z Fest is an annual event here in Ontario for Z model Nissan enthusiasts to show off  their Nissan and Datsun vehicles. The event’s aim is to celebrate all Z-cars from the early Datsun models through to the current Nissan name plates and this year’s event did not disappoint. This year’s event was slightly larger than in years past since it was the 20th annual Z-Fest. While on site there was a whole array of Z-cars (Fairlady Z in Japan) from present to past including the 240z, 260z, 280zx, 300zx, the 350z, and 370z not excluding the odd G series, GTR, and Skyline.

We were lucky enough to bump into one of our local correspondents who actually covered the 2012 Z Fest event for RedlineNorth. Unfortunately for us he was not reporting from the event this year since he had his “pride and joy” entered in the show and shine. He currently owns a stunningly clean but heavily modified 1990 300 ZX Twin Turbo which is pushing over 400 HP at the wheels.

Cooling down the turbos 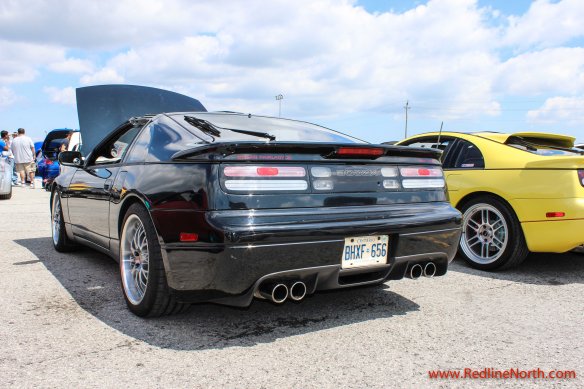 Here’s a glimpse of some of the other cars…..So many nice ones to choose from.  Although we did primarily focus our attention on the 300 ZX models. 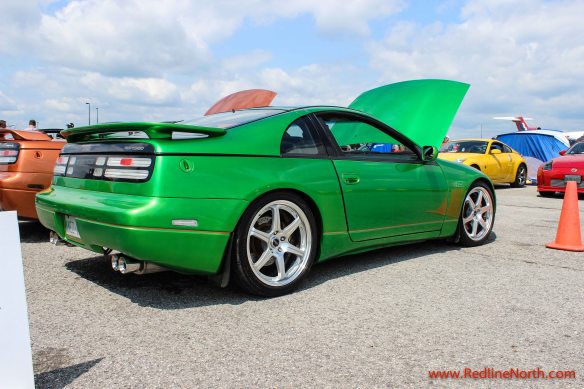