Since 2009, China has been the world’s largest car market and what better place to experience China’s auto industry than to visit the Shanghai Auto show in all its glory. Last week, RedlineNorth had the incredible opportunity to attend China’s largest auto show and it did not disappoint.

Gone are the days when Chinese consumers mostly purchased fuel sipping compacts and subcompacts as their preferences have now shifted towards more luxurious and larger models including the ever popular SUV.

Shades of the Isuzu Trooper 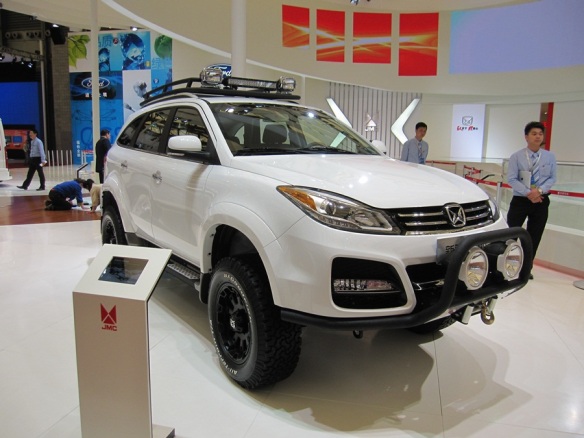 Here in North America we still do not fully know what to expect with the Chinese built models so it was extra interesting to see them up close. We were impressed with the wide variety of Chinese made products and the overall quality of their fit and finish. 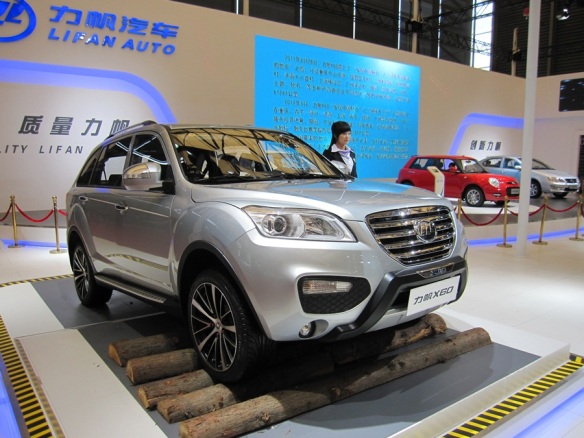 In recent years, there has been wide criticism from some non-Chinese manufacturers that several of the domestic Chinese models look very similar to their models.  At the show, we did see several examples that would likely fall into this category such as the above image of a Chinese made “Jeep” styled 4×4.

And yes, documenting the Shanghai Auto show would not be complete if we did not include some shots of the show’s models. It certainly takes a bit getting use to since the models are serious about their posing and do not leave the car’s side which for a car photographer is a bit of a pain nevertheless that’s the way it is.

Both camper style and conversion vans are becoming popular in the Chinese market since there is a serious desire to hit the roads and travel around their country like we do here in the West.  With so much new infrastructure of modern roads and highways built over the last decade, RV’ing is now a reality in China. I can only imagine what the roads  look like on their long weekends….

And let’s not forget the luxury brands of which China is now the world’s largest consumer. Here’s a glimpse of some purpose-built machines that would even get rap superstar “Drake’s” entourage excited.  Of course, these ones are never coming to North America as they are destined for China’s “nouveau riche” super elite class. 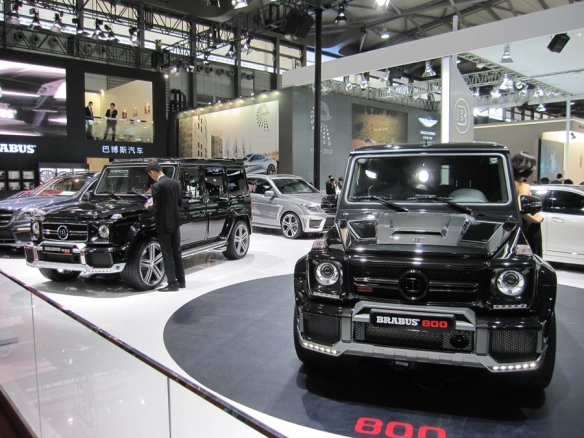 Unfortunately, with all these new vehicles hitting the road, China’s oil import bill is ballooning to record levels along with its traffic congestion and air pollution. In fact, earlier this year in Beijing and Shanghai overall air quality hit record unsafe levels never seen historically.  Throughout China, there is still an ongoing debate on this topic since many experts say the air pollution stems from industry and power plants that burn fossil fuels such as coal and not actually from its gasoline cars. Nevertheless having experienced Shanghai first hand, it makes you wonder if this torrid pace can be sustained and what the long-term impact is going to be on China’s environment.

Be sure to check out our second segment on the Shanghai Auto show in the coming days.