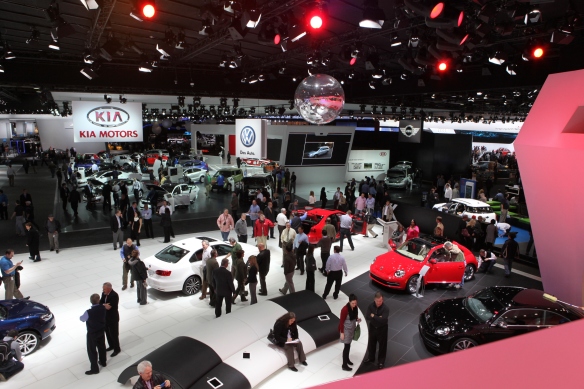 The North American International Auto Show (NAIAS) will be held in Detroit, Michigan from January 12th to the 27th and the RedlineNorth Team will be there covering the events.

The NAIAS is the only auto show in the United States to be afforded the annual sanction of the Organisation Internationale des Constructeurs d’Automobiles, the Paris-based alliance of automotive trade associations and manufacturers from around the world.

In anticipation of the 2013 edition of the show, RedlineNorth takes a look back at its history and how far it has come.

The first auto show was held in Detroit in 1907 at Beller’s Beer Garden at Riverside Park and was organized by the Detroit Auto Dealers Association. That year there were 17 exhibitors presenting at what was then a regionally focused show. 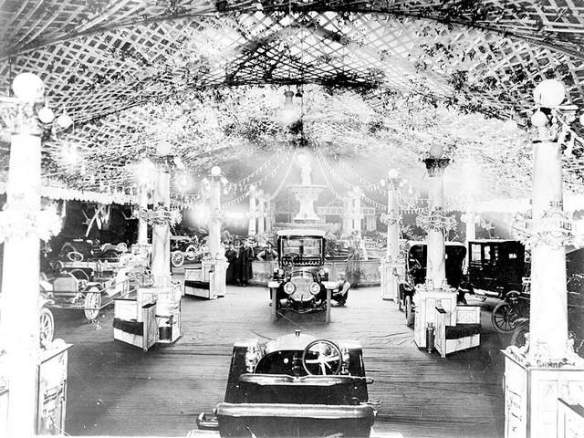 Throughout the next few years the show gained in size and moved into increasingly larger venues to accommodate a greater number of vehicles on display as well as visitors.

Due to the outbreak of World War II the United States government outlawed all sales or delivery of new passenger vehicles and trucks. There were no shows from 1941 to 1953.

In 1965 the show moved to its current home at the Cobo Center where it occupies nearly 1 million square feet of floor space each year. 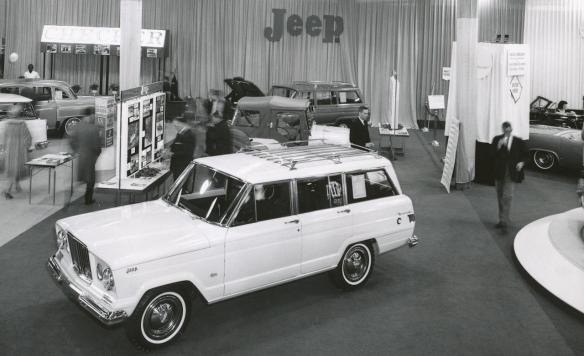 In 1989, the show was renamed the North American International Auto Show to reflect the desire to become a truly international event. That year 850 journalists, 60 of whom were international, attended the NAIAS. It was in 1989 that Lexus and Infiniti debuted as a brand at the show and the Dodge Viper was displayed as a concept car. 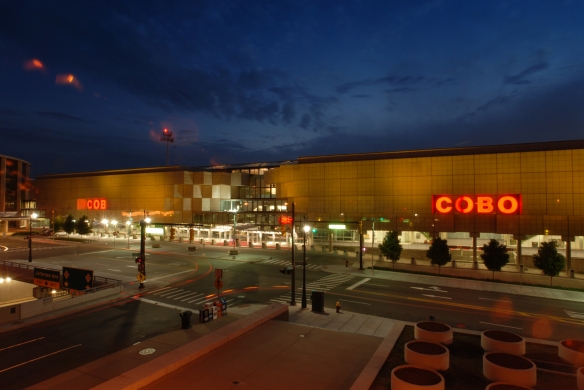 This year there will be over 50 vehicle debuts with the majority being worldwide unveilings. Vehicles debuting at the show include the BMW M6 Gran Coupe, the 2014 Lexus IS, the 2014 Cadillac ELR with a plug-in hybrid drive train and Bentley will officially debut the new GT Speed Convertible.

Last year over 770,000 people attended the show with just as many, if not more, expected this year. The show will also be covered by over 6,000 journalists from around the world and over 500 vehicles will be on display.

Stay tuned for more coverage of the show later on this month.