The i3 is BMW’s newest foray into the electric vehicle market and is set to be released in 2014. Its bold styling both inside and out make the i3 a stand out addition to the BMW lineup.  RedlineNorth recently had an opportunity to view a production ready model of the i3 and were impressed with what we saw. 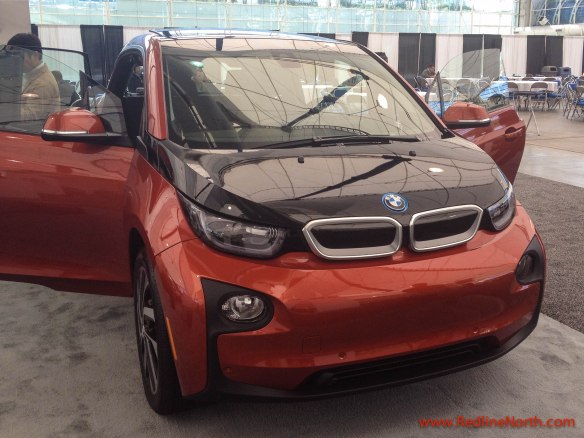 The all new BMW i3

The i3 is a full battery electric vehicle (BEV), however, BMW has announced it will also be available with an optional ‘range extender’ gasoline back up engine, making it available as both a BEV and plug-in hybrid electric vehicle (PHEV). We think it’s a smart idea to offer both a BEV and PHEV providing choice to the customer as to which technology best fits their driving needs.  As a BEV the i3 will get approximately 130 to 160 km in range, more than enough for average daily driving, while the range extender will up that distance to between 240 to 320 km.  This is thanks to the on-board 18.8 kWh lithium-ion battery.  By comparison the 2013 Nissan Leaf has a 24 kWh battery with similar range.  The ability to get similar range as the Leaf, with less battery capacity, is in part due to the use of carbon fiber in the body manufacturing process, reducing the overall weight of the vehicle. 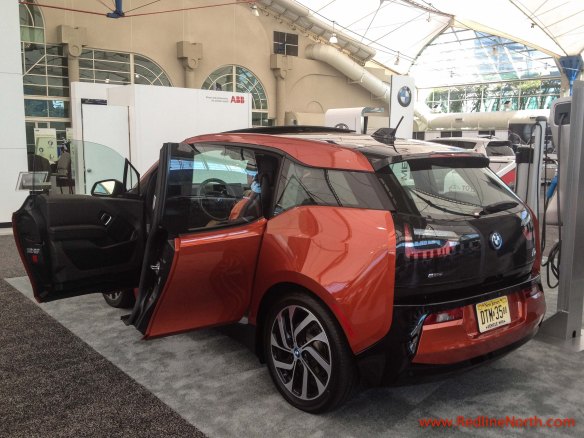 A first look at the i3

Unlike BMW’s Mini-e which used a AC Propulsion powertrain, the i3 powertrain has been developed in house by BMW engineers. It provides 125 kW/170 hp with 184 lbs of torque. As an electric vehicle the full torque is available at standstill and doesn’t need to be built up with speed. This translates into 0 to 60 km/h performance in under 4 seconds and to 100 km/h in only 7.2 seconds. 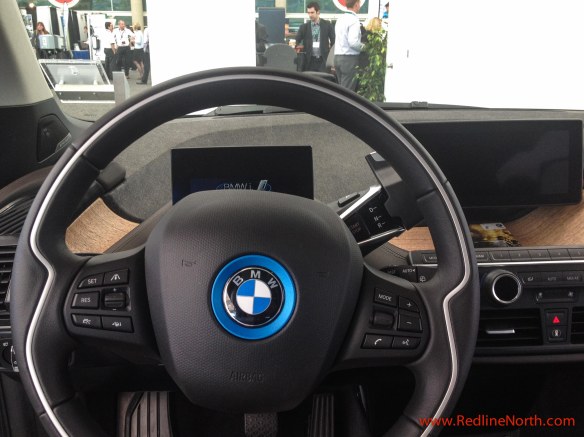 The i3 has a unique dashboard

The styling of the i3 is a departure from traditional BMW models.  The aggressive lines, front fascia and the 19 inch wheels, give the i3 a more modern and some what European look.  In addition, the styling also maximizes the aerodynamic properties of the vehicle to squeeze out extra travel range and efficiency. Inside the i3 dashboard looks almost as if someone has left their iPad on the dash for you to drive with.  The steering wheel prominently projects into the driver’s area and there is an absence of the center tunnel providing a more open interior space. 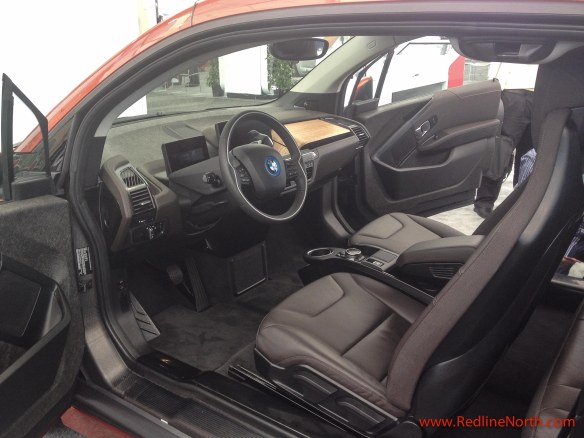 All in all it looks like BMW has a promising model with the i3 with a combination of modern styling and solid performance. RedlineNorth is looking forward to its North America release currently slated for the first half of 2014 with a base price in the low $40,000s. We think it will be a great addition to both the BMW line up and the electric vehicle market in general.