As the second oldest auto race in the US, there is no shortage of buzz surrounding the 2013 Pikes Peak International Hill Climb set for Sunday, June 30th. With an immense range of different classes of competitors it is one race that provides something for every auto enthusiast. 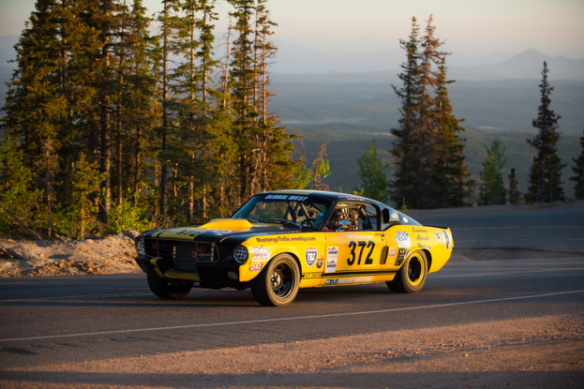 This weekend’s race will be an exceptionally interesting one as it’s Peugeot’s first appearance at Pikes Peak in 24 years. The last time Peugeot ran up the mountain was back in 1988 in the 205 Turbo 16 rally car. This year’s version is a heavily modified black on black version of the 208 hatchback piloted by the most winningest of all rally drivers, Sebastien Loeb.

This video gives you a real flavour of what Peugeot has brought to Pikes Peak in the past as well as what they are bringing this year.

Last year, we wrote a post about the spectacular crash from the 2012 race. Thankfully, the driver and co-driver were not seriously hurt.

We wish all the racers a safe and successful race on Sunday!